It Gets Worse Before it Gets Better 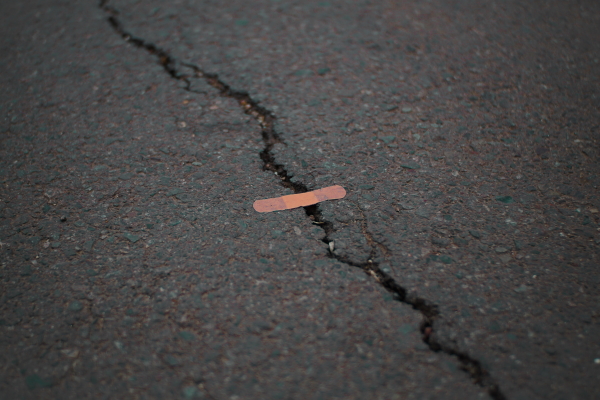 Listening to 100’s of client stories over the years, I think I’ve stumbled upon a spiritual law… “it gets worse before it gets better.” Somehow this age-old saying applies to the spiritual as well as the natural realm.

Why is it that right when you think “it can’t get worse,” it does get worse. Life seems to pull the rug out from under us at our most vulnerable moment. A moment we so desperately hope gets better.

It is intriguing to witness our Jesus in this place of weakness. While the hours on the cross must truly have been His biggest struggle, there were other times when His day didn’t go so well.

Matthew 14 tells the story. Jesus hears the news that the one family member He’s closest to — John the Baptist — is beheaded merely because of the frivolous whim of a teenage flirt.

Jesus was obviously “shaken.” He simply had to get away so “he withdrew from there in a boat.” Life happened though it was simply impossible to escape the reality of the news of the beheading of this special person in His life.

5,000 men plus women and children found Him in His deepest moment of grief. They followed Him and demanded of Him… they needed His Presence, His Message, His Peace. They even needed Him to feed them with nothing. Well, practically nothing… two fish and five loaves of bread.

There were no moments for Jesus to have Jesus time. His needs, His grief had to be put on hold. The day had gotten worse. There was much work to do even though Jesus had nothing left to give.

One of Jesus’ darkest days demanded Him the most giving. He put His pain aside and went straight into reality… The multitudes needed feeding and “tag, He was it.” Out of this moment came one of Jesus’ biggest recorded mass miracles, the feeding of the 5,000.

The Spiritual Law began and continues until now. Things got worse before they got better… and then the Miracle.

If you are in the midst of heartache, know that your miracle awaits. God often requires us to “dig deep” and run on fumes. The outcome of this dependence on Him is always the fulfillment of a promise. When He multiplies our “nothing left” moments, they become our biggest miracles. When we are weak, He always remains strong.

After the worse, comes the better. “I can do all things through Him who strengthens me.” Philippians 4:13