Take Courage… So You Must… 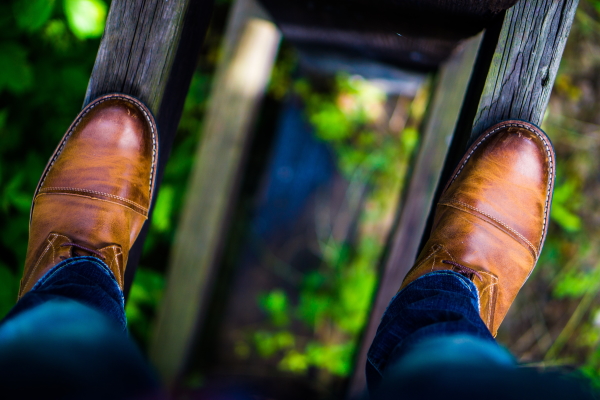 “But on the night immediately following, The Lord stood at his side and said, ‘Take courage; for as you have solemnly witnessed to My Cause at Jerusalem, so you must witness to Rome also.” Acts 23:11

I am trying to picture Paul receiving this direct order from His Lord. He had just had the day from – you know where- much like my day yesterday. There are some days that the enemy just seems to bear down and not let up…from the beginning to the end he relentlessly attacks. I don’t know why, but when that happens on a MONDAY it even seems that much worse. Maybe that is just my quirky pet peeve…enemy chooses a Monday for the day to hit me hard.

So imagine Paul. He had just spent the entire day being attacked by the Pharisees and the Sadducees in the Jewish court. The day began with him being “struck in the mouth.” Seems things went downhill from there, ending with him being taken away to the “barracks,” aka prison.

He settles into his new digs… probably a cold and dirty cell and there appears The Lord with the simple orders of his next mission. “Take courage… so you must…” Must what? Go on to another city and experience something ten times worse than what he’d just been through? “Lord, please tell me you are kidding,” must have been going through Paul’s mind.

Paul obeyed. Not knowing the details of how things would play out.

Drilling down we see how the Lord worked behind the scenes for him. Paul obeyed. He took courage and he went. What did the Lord do?

He used random people behind the scenes to help Paul with his next “impossible assignment.”

-Paul’s nephew “overheard” a plot to kill Paul
-The nephew went to a Roman centurion.
-The Roman centurion went to his Roman commander to ask for help for Paul.
-The Roman commander did the following:
He enlisted 2 centurions, 200 soldiers (at 3:00am by the way), 70 horsemen, 200 spearmen, mounts to put Paul on, wrote a personal letter to Felix on Paul’s behalf. After doing all this he then whispers to the nephew (just a young boy) and trusts him to keep the secret of Paul’s escape.

We’ve heard so many times before…”He won’t ask us to do something and leave us unequipped for the task.”

When The Lord asks us to do something we must always “take courage.” That first step on our part seems to be the catalyst for Him working behind the scenes to take care of the details.

Is the Lord asking you to “take courage” this week? If so, “so you must.” Believe in Him for the details. He is “before all things that touch you.”